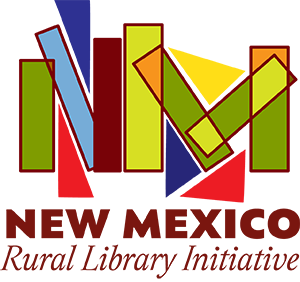 We would like the endowment to be funded with $50 million dollars. This would provide each of more than 50 community and pueblo libraries with about $45,000 per year at 5% earnings for the fund. It would make grant funds available for the establishment and support of new libraries in small communities that don't already have one. It will also fund specialized services to rural libraries though the New Mexico State Library.

The Anti-donation Clause of the New Mexico Constitution

The anti-donation clause was included in the constitution at statehood to prevent abuses like those that happened in the 19th century when government bonds were given to railroads. Many didn't produce the value the railroads promised, leaving states and municipalities in debt and enriching the railroad “robber barons.”

The clause mentions an exemption for the aid of the “sick and indigent.” This exemption allows state money to fund construction of privately owned clinics and hospitals.

A 1970's amendment allows the state to fund scholarships for veterans and medical students. Later decisions allow the state to repay college debt for doctors who work in under-served areas of the state.

The Local Economic Development Act (LEDA ) constitutional amendment of 1994 allows an exemption for certain economic development activities of municipalities and counties. This permits state land, buildings and infrastructure to be given to private entities if they will help create new job opportunities. LEDA has allowed state funding for private enterprises.

In 2006 an exemption was created in which private entities can be given government assets for public or affordable housing.

The anti-donation clause was written into the constitution to safeguard taxpayers against their resources being diverted to wealthy corporations and individuals for personal gain. It serves an important function. It was not intended to block funding for services like rural public libraries, but unfortunately that is the result.

Non-profit 501 (c)(3) public libraries serve the public interest. They are accountable to the public via the New Mexico State Library. They must submit an annual report to the state library which includes how funds were spent, follow the rules of the state library about how many hours they are open, staffing, required resources, etc. They are required to follow the open meetings act regulations, unlike private corporations who may receive LEDA or healthcare money.

The 501(c)(3) model for works well for establishing more libraries in unincorporated areas, but the anti-donation clause is an impediment.

The owners of 501(c)(3) libraries are their cardholder/members; citizens of their villages.

The New Mexico Rural Library Initiative believes that it is appropriate to exempt small, struggling, non-profit public libraries. They aid economic development in small towns and provide crucial services, especially for people who are most in need.